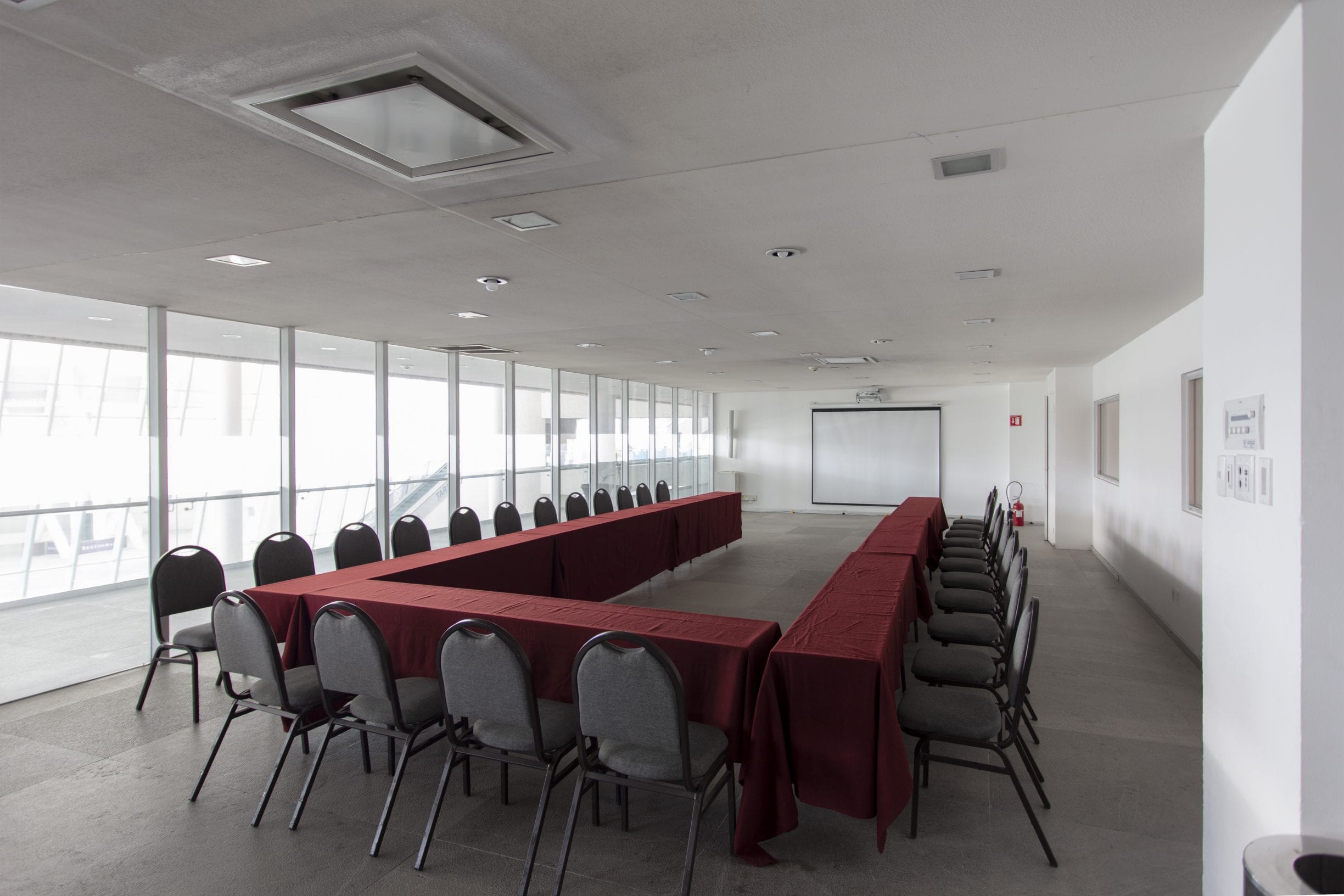 The Querétaro Centro de Congresos in the city of Santiago de Querétaro, Mexico serves as the premier professional meeting space for the state of Querétaro. The stunningly designed building can host more than 15,000 people divided across multiple spaces.

Unique to the location is its ability to specifically provide corporate meeting uses. Its Aqueduct Rooms – composed of 10 different rooms with a capacity for 150 people each – and its Constitution Room – which can hold a large meeting of up to 80 people – are packed year-round with a variety of in-person briefings, conference calls, seminars, corporate breakout sessions, and other events.

The location is also home to the Querétaro Teatro Metropolitano – which includes a 1,345-person theater, a dance room, and an “experimental” room where unique live performances take place.

The unifying factor across the multi-use campus? A scalable and interoperable AV-over-IP system backed by Audinate’s Dante.

Dante: flexibility from corporate to performance

“When we looked at upgrading technology in the facility it was very obvious to us that Dante would make a huge difference in the conference spaces and meeting rooms,” said Joel Ramírez, Production Supervisor at the location. “What we had in the meeting rooms before required lots of cabling and manpower to make changes. We knew we needed a solution that simplified the management of each room, allowed us to scale rooms up and down depending on their use, and was visible from a single location. Dante is the answer to all of that.”

Joel’s background is actually in live performance – and he was hired to oversee the facility adjacent to the congress center. But he immediately championed the use of Dante in every location possible.

“Dante obviously makes sense in the theater and across those live event spaces,” Joel said. “Everyone knows the benefits it brings there. But we’ve seen in the corporate spaces that it makes just as much sense as any other use. If you have a bunch of signals, you need to be able to manage them effectively. That’s what Dante does.”

The Querétaro Centro de Congresos’s individual meeting rooms are key rental locations in the facility. The 80-person executive board room and the 150-person meeting room allow for key government meetings, breakout sessions during conventions, and private meetings to be held for anyone that may be renting the building.

Further, the main event room – capable of holding around 12,000 people – is often partitioned into smaller spaces for meetings to take place.

Ivan Romero, Director of Ponle Audio, Company who Integrated the System said because different configurations for meetings are often requested, the management of the spaces used to require a heavy lift on the part of the IT staff.

“The way things used to work, when we used traditional cabling, you basically needed one technician for every room,” Joel said. “When the building was busy, which it often was, that was extremely hard to manage.”

Further, every renter of the space – from medical conventions to government hearings – had their own specific needs and setup requirements.

“This was never about just reducing the amount of work,” said Héctor Quintero Martínez, Head of Operations for the facilities. “We honestly needed to get to a place where the customer wasn’t worrying about any setup at all. They just want to come in and use the system, so we needed it to be seamless.”

A Dante-backed system provides just that: a frictionless integration of any type of audio equipment that might be used during a meeting, presentation, or performance. More than 500 manufacturers produce more than 2,800 Dante enabled products – the result: optimal interoperability.

“Most microphones and all speakers are Dante-enabled,” said Héctor, “We can control the system from a central location where we use a central DSP and route audio to the 10 different locations. Control panels for each space mean we can offer them a level of local control as well. This setup also allows us to offer service packages that are definitely going to meet the needs of anyone who is using the space.”

An example Héctor gives: backup microphones in the building are all set to join the Dante network once they’re powered on. If a show or corporate meeting client arrives and suddenly

needs far more microphones than was previously thought – a request that tends to happen last minute – the change is as simple as handing them more microphones. They simply plug the microphone into the Bose ControlSpace XLR wall plate, and they’re ready to have a meeting.

“No more running cables,” said José Enrique Pérez, Head of forums. “It is honestly amazing how much this has improved things. It’s amazing to see it work, and it’s incredibly easy to use.”

The Congress Center meeting spaces use:

Meanwhile, in the theater, the following workflow is used: