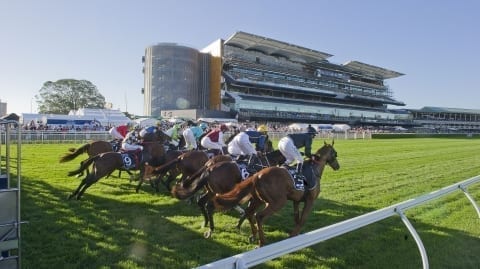 The Australian Turf Club’s Royal Randwick Racecourse in Sydney is considered one of the finest horse racing tracks in the world. Randwick spans more than 200 acres, including a six-level grandstand and 15 unique indoor and outdoor spaces used for horse racing and non-race day events, from conferences and exhibitions to premier music and entertainment shows.

The P.A. People, a contractor specializing in audio, video, lighting and communications, was tasked with the design and integration of a centralized solution that would converge multi-channel audio and IPTV video services onto a single, venue-wide network.

The great expanse of the venue intensified audio requirements, demanding a reliable, high-capacity audio networking solution to move audio across more than 60 zones. The grandstand comprises five levels, each with more than ten audio zones and many with local inputs. To enhance flexibility, the function rooms and corporate suites wanted the ability to control their own audio output. Global control of the Grandstand required a networked solution to easily distribute and manage many audio channels.

“We needed a system that could deliver hundreds of audio channels distributed over a common Gigabit network,” said Josh Jones, Project Manager at The P.A. People. “Other audio networking technologies that use 100Mb/s could not give us the channel count that we required, with the low latency we needed and the quality we expected. Dante had been used earlier at Randwick in 2008, when the Pope addressed the World Youth Day crowd of 400,000 people. We were therefore confident in choosing Dante, and to my knowledge, it had never been implemented on this scale for a fixed installation in Australia.”

The scale of the Dante network deployment is certainly impressive, extending beyond the Grandstand to bookie areas, owners pavilion and the “Theatre of the Horse” parade ring among other spaces. Local audio programs relevant to specific spaces and events often override the main audio stream as a result. For example, interstate race results override background audio in the bookie’s area, while live announcements from Randwick’s “weights and measures” room takes precedence over interstate results.

However, the networking solution connects and synchronizes most of these spaces on racing days for one common audio need: The Race Call.

“There’s an audio hierarchy that exists,” said Josh Jones, project manager at The P.A. People. “Ultimately, the race call is king. Once the horses leave the barrier every audio zone is taking the race call. The rest of the time it’ll switch back to what you have running locally.”

“Once the network was connected we didn’t have to think twice about delivering audio to each of our eight rack rooms,” said Jones. “This made level by level testing of more than one thousand loudspeakers much faster.” 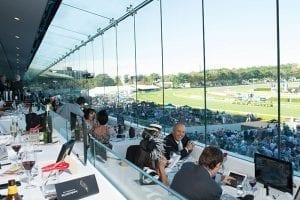 Inside the race track, the core of the networked PA system is mounted 40m high on the lip of the Grandstand roof, delivering both high-quality and high-power audio to cover up to 20,000 spectators. Jones notes that with 160-plus channels, they needed an audio networking solution that would support audio channels “backwards and forwards through the building.”

“Dante provided the distributed network to hear broadcasters presenting in the Theatre of the Horse, bettors listening to bookmakers’ calls, race calls screaming to the track front, and background music through the corporate suites,” he said. “Dante handles this all at the same time, over the same backbone. That is pretty cool.”

Jones emphasizes that Dante networking extends audio capabilities beyond background audio and live announcements to the IPTV video element, noting that sound for each of the 30-plus TV channels is distributed as discrete audio channels – and each can be independently routed to various locations at user discretion.

In terms of future growth, Jones sees plenty of expansion opportunity within the current configuration.

“We are not yet running at capacity, which means there is plenty of room for Dante to flex more of its muscle,” said Jones. “We were able to use Dante to utilize the DSP in remote BSS units, distributing the processing power throughout the venue. This kind of flexibility gives us good scope for future growth.”

Jands And The P.A. People Win At Royal Randwick