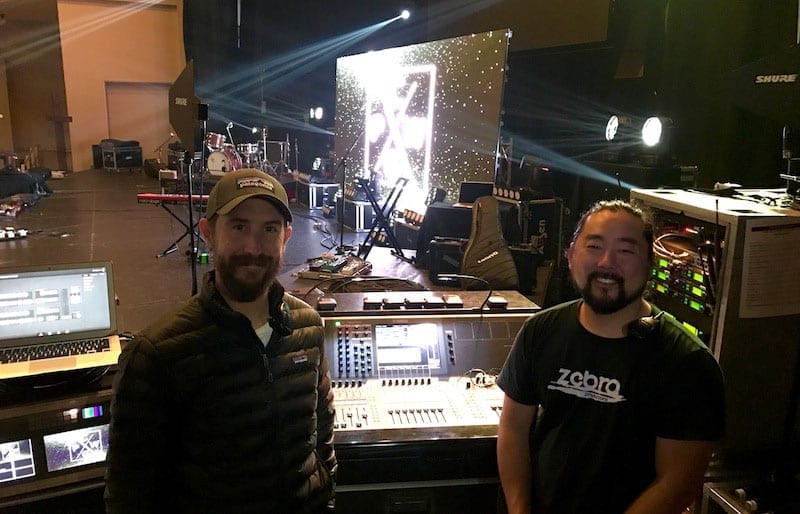 Contemporary Christian musician, singer, and songwriter Phil Wickham has released nine CDs since 2003 and has just wrapped up a tour in support of his 2016 release of Children of God performing at houses of worship across the country.

“The workflow and speed of the console is what really made us start considering the Yamaha CL console for our fall tour,” states Kim. “We used a pair of CL5s earlier this year during festival season, and the console really impressed us at how quickly we went from programming to sound check. It reminded us a lot of the PM5D.”

Kim says that as a monitor engineer, it’s really nice to move around on, especially with all of the custom fader banks, cue/solo buses, and user defined buttons. He’s also impressed by the new EQ algorithms; “It is a big departure from the M7CL/LS9 sound, much more responsive and intuitive.” The tour also used four Yamaha Rio3224-D I/O boxes located in the stage side racks.

“The custom fader banks, channel swap, and flexible solo buses were really important in monitor world,” Kim says. “We have a few different moments of the show that are always evolving/changing on the input side, so it was nice to easily be able to keep workflow the same as things were moved, changed, or added.

“The Dante network was also important in the way audio was routed. We had a few extra mixes for our system tech and lighting designer as well as some matrix mixes for distributed audio and video, so it was really easy to get them where we needed via Dante as we moved from venue to venue.”

Kim used a lot of the Rupert Neve Designs Portico 5043 on bus outputs for IEM mixes that helped keep things consistent for the band.

“I use so little compression for the guys because at the end of the day, they communicate really well with each other and need to know where they are with stage volume and dynamics. On his end, Kim said he still needed to keep his gain staging in place, and using a touch of the 5043 on his output bus, helped him do that. Both engineers used the console’s Dynamic EQ on Wickham’s vocals and acoustic guitar, and loved the Rupert Neve Designs Portico 5033 on drums. ”It sounds like a hardware EQ to me, very musical,” Kim notes.

On the last few shows of the tour, Breitenbach went home because he and his wife were expecting their second daughter. Since they had less time than usual to tune the PA, Kim said he used the 5033 as a system EQ on a few of the last shows. Along with a Yamaha 33609 plug-in, it served as a solid 2-buss chain. “Everything you need to have a great show is right there in the CL.”

Both Breitenbach and Kim have used PM5D and M7CL consoles in the past, so using the CL, was an easy transition. “We just programmed our consoles during tour rehearsal and went out with them. I can also see the console being great for operators in fixed install environments where you have a wide variety of skill levels operating the desk, but for a touring engineer, it’s nice to walk up to the console and execute a festival show without layers and layers of programming to wade through.”

For the east coast leg of the tour, Yamaha CL consoles were provided by Spectrum Sound in Nashville, TN, and Legacy Productions in Larskpur, CO provided the consoles for the west coast dates.

The tour wrapped up at the end of November.