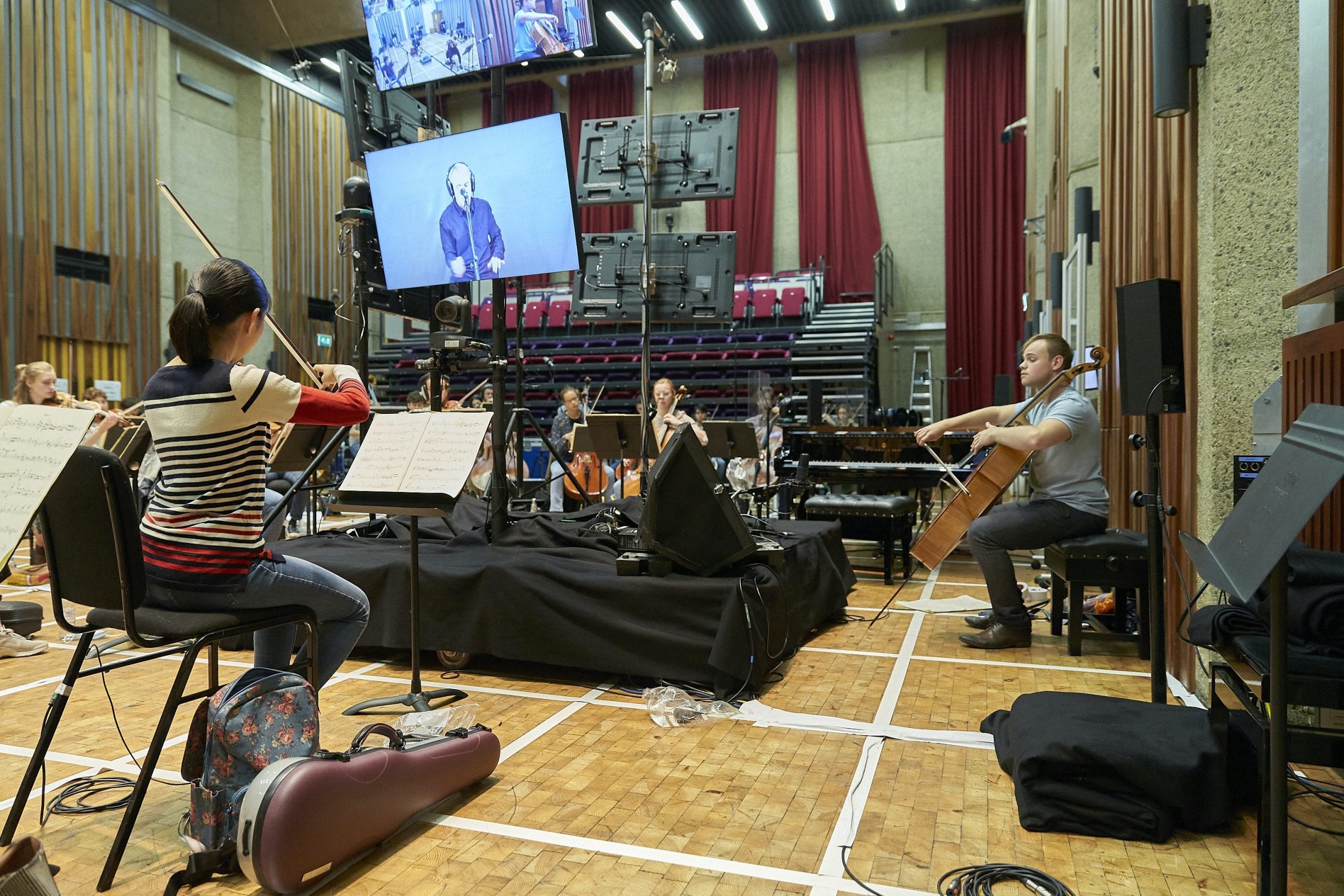 To adhere to social distancing requirements, performances are constructed across four separate rooms and performed synchronously with one another using Dante

Guildhall School of Music & Drama in London is one of the premiere arts colleges in the world. Among its notable alumni are actors Ewan McGregor and Daniel Craig, and musicians Jacqueline du Pré and Sir Bryn Terfel. Since its opening in 1880, the School has become one of the most prestigious conservatoires, ranked as one of the top ten performing arts institutions in the world according to QS World University Rankings 2020.

Key to the School’s musical curricula is its annual award for The Gold Medal – a performance competition that began in 1915 and had taken place uninterrupted through 2019. Of course, because of the global pandemic in 2020, the annual May performance had to be put on hold as teaching moved online during the summer term.

“Because of COVID we needed to be swift in our response to ensure things like The Gold Medal could occur and, very importantly, that in-person classes could still take place with full scale participation,” said Julian Hepple, Head of Recording and Audio Visual at Guildhall School. “To make that happen we quickly turned to Dante and Dante Domain Manager. And, in September, as we returned to in-person teaching, we were able to hold The Gold Medal and broadcast the performance online.”

Audinate’s Dante is the de facto standard for digital audio networking, and distributes hundreds of uncompressed, multi-channel digital audio channels via standard Ethernet networks, with near-zero latency and perfect synchronization. Dante allows audio, control, and all other data to coexist effectively on the same network.

For Guildhall School, Dante enabled them to solve COVID-related challenges both with their live performances and their virtual learning environment.

To adhere to social distancing requirements, The Gold Medal performances were constructed across four separate rooms. The largest space was populated by those on string instruments and the piano, with each participant located two meters apart. Woodwind and brass instruments were split up each into their own rooms, with three meters of space allocated between performers. Finally, the conductor was located in a fourth room. The challenge of this setup, of course, was collaboration between the multiple rooms.

“We had 90 musicians in total across the different rooms and building,” Hepple said. “We needed to manage a number of inputs and outputs across the space and have them be as latency free as possible. They needed to be able to perform synchronously with one another.”

To do this, 40 Neumann, Rupert Neve Designs, Schoeps, and DPA directional microphones were strategically placed across the space to capture instrument audio. These feeds are brought into SSL, Yamaha and Neutrik preamplifiers where they’re translated into Dante-native channels. These Dante feeds then head to Cisco and Dell switch infrastructure across two buildings, and then routed to a Solid State Logic System T mixer that allows for broadcast specific processing. The audio feeds are then delivered out to two locations: to the broadcast mix for live playout via a live production system, and to the other performers via headphones.

“With Dante we were able to deliver the correct mix to the different rooms with an imperceptible level of latency,” Hepple said. “Our conductor went into rehearsals on day one, and within 20 bars he said he was ready to go. This is someone who has decades of experience in the classical performance space, and it was an immediate acceptance of the new setup.”

Despite the unique visual – the setup across four different rooms – the production is a seamless performance.

“There was a time when we were worried this could be cancelled,” Hepple said. “However, with Dante we were able to keep it alive. And that’s a big deal right now because our rooms, which are normally alive and vibrant, had been silent for six months. Bringing the music back was important for everyone.”

The setup will next be used to present an upcoming Guildhall Symphony Orchestra concert conducted by Jessica Cottis, which will be available to watch online for one week from Saturday, Nov. 7 at www.gsmd.ac.uk/gso.

Dante has also ensured in-person, performance-focused instruction and coursework continues. By using a similar Dante workflow across its multiple performance spaces, the School is able to route audio into video conferencing applications that is of high enough quality to allow collaboration.

“So, for example, we can put three pianists in one large room – or in three separate rooms – and have their audio output via video conferencing to the instructor of the class,” said Liam Halpin, Director at DataSound Consulting, the firm that integrated the system. “Those feeds can be heard by anyone on the platform, and they are all high-quality audio. That’s very important to allow an instructor to teach the class.”

Halpin said with the potential for around 70 Dante devices to be in use across Guildhall’s multiple concert halls, recital rooms, and classrooms, the need for both robust management and security was paramount. Thus, the School quickly turned to Dante Domain Manager.

Dante Domain Manager also allows for use across multiple subnets on a single network – allowing Guildhall to keep its robust network infrastructure intact.

“With Dante Domain Manager we can give access to students in very specific areas, and without giving them access the rest of the network,” Halpin said. “We use 10 domains to achieve the separation required, but still have a lot of shared audio channels to provide feeds of room mics and other inputs to the SSL System T. Support from Audinate EMEA throughout the project has been incredible, as always.”

Dante workflows bring back the music

Across the campus, a total of 35 rooms are “Dante enabled” by way of 70 different devices. Those Dante-capable devices include:

“We really are performing together while apart,” Hepple said. “Because of Dante our entire campus is now one big studio. We have 70 more live performances planned in the coming months, available to watch online for free at www.gsmd.ac.uk/autumn_2020. Everything from live music to dramatic performances will be enabled by this Dante workflow. The faculty is emotional seeing performances return. The students are excited about this technology and the creativity it can enable. And the families and friends and fans of the performers get to see performances again. It’s beautiful what we’ve been able to create with Dante.”

About Guildhall School of Music & Drama

Guildhall School is a vibrant, international community of young musicians, actors and production artists in the heart of the City of London, UK. Ranked as one of the top ten performing arts institutions in the world (QS World University Rankings 2020) and highest UK conservatoire in the 2021 Guardian University Guide music and drama league tables, the School is a global leader of creative and professional practice which promotes innovation, experiment and research, with over 1,000 students in higher education, drawn from nearly 60 countries around the world. The School is also the UK’s leading provider of specialist music training at the under-18 level with nearly 2,500 students in Junior Guildhall and the Centre for Young Musicians as well as a joint Creative Learning division with the Barbican which seeks to create inspiring arts experiences for all.

DataSound Consulting Ltd was founded in 2015 to supply technical support and network design to the pro audio industry, and is headed up by TPI Award winning Sound System Designer Liam Halpin.  DataSound leverages the latest technology to improve and diversify workflows within all aspects of professional audio, including touring and installation.  With a vast experience of solutions from multiple industry leading manufacturers, DataSound’s designs and implementations can be found in Conservatoires, Live Sound venues such as Ronnie Scott’s, O2 Empire Shepherd Bush, and experienced live on major touring productions and festivals.