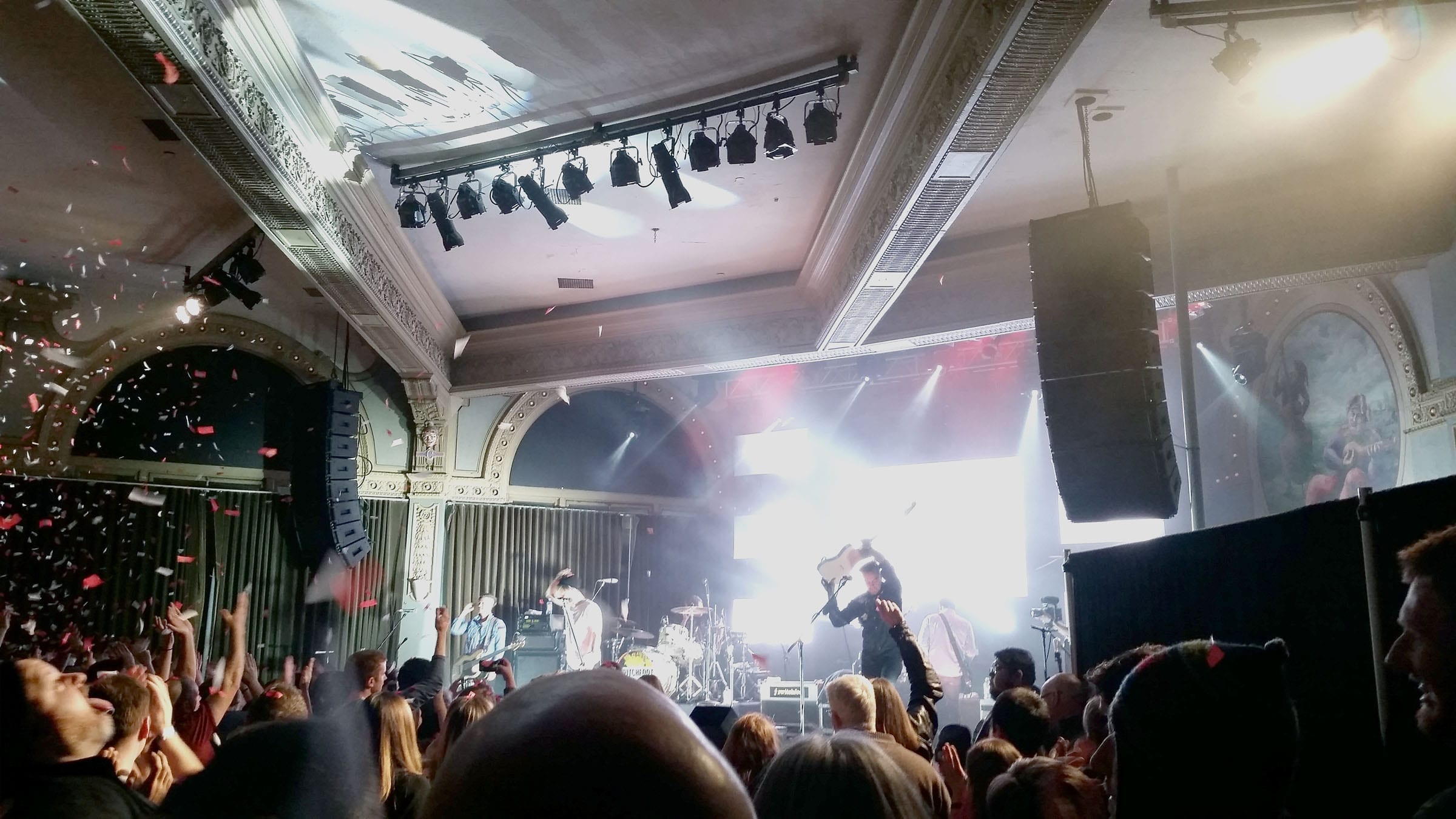 In service since 1914, the Crystal Ballroom is a historic buliding located in downtown Portland, Oregon. Now a live music venue for approximately 1,500 standing customers, the ballroom itself attracts many famous live acts yearly. With the help of a brand new Bose Professional ShowMatch system and Dante audio networking, the buliding's audio system has never sounded better.

In service since 1914, the Portland, Oregon facility has never sounded better, thanks to Bose Professional and integrator Tone Proper AV

Over a century ago, on the eve of World War I, Ringler’s Cotillion Hall was born in Portland, Oregon. The Romanesque building, which is listed on the National Register of Historic Buildings and is now known as Crystal Ballroom, has served as a live music venue since the 1960s when it hosted performances from artists including the Grateful Dead, Ike & Tina Turner and Buffalo Springfield. The latest reincarnation of the ballroom began in 1997 when McMenamins, a family-owned Pacific Northwest hospitality business, acquired the structure. The historic building is now starting another new chapter with a major audio equipment refresh, via a Bose Professional ShowMatch™ system facilitated by design, sales, and integration company Tone Proper AV, located in nearby Gresham.

The room, which accommodates 1,500 standing customers, presents acoustic challenges. The trapezoidal floor plan measures approximately 130 feet front to back and tapers significantly in width from the semi-circular stage, tucked into a front corner, to the rear bar. Adding to the challenge, the angled wall features eight massive windows. “If you were to install a traditional line array in this room, you would have wasted 50 percent of that array’s energy just blasting the glass,” observed Nick Moon, owner of Tone Proper AV. Working with Bose® Modeler® sound system software in consultation with the team at Bose Professional, he configured the left and right hangs with eight Bose ShowMatch modules each: six SM5 (with five degrees of vertical dispersion), one SM10 (10 degrees) and an SM20 (20 degrees) per array.

The horizontal waveguides on each module of the stage’s right array direct the energy away from the windows. “It’s asymmetrical, that blows people’s minds a little bit,” he says. The waveguides on the upper six SM5 boxes are set at 55 degrees and 70 degrees, and the SM10 and SM20 at the bottom are 100 degrees and 120 degrees, respectively. “What’s cool is that they do it mechanically,” shared Moon, “not with DSP; a lot of manufacturers are going in the opposite direction. Doing it mechanically with the waveguide is cost-effective, and it works. And the proof is in the pudding, because we’re putting the energy where we want it and it sounds really good. Many experienced mix engineers have stated it's the first time in that room that they’ve heard a stereo perspective; I agree.”

Twelve ShowMatch SMS118 subwoofers are ground-stacked six wide and two high against the curved front of the stage. “We time-aligned all of them and got everything phase-aligned,” Moon said. “We deployed a cardioid array to create a null at the lead singer position on stage. If you’re playing bass-heavy music and you’re where the singer is, it’s tight, not boomy.” To cover those audience members standing front and center, Moon installed two SM20 modules for front fill; they sit atop the subs. “There’s a balcony about a hundred feet back where we have three Room Match Utility RMU208s providing under-balcony coverage,” he added.

“We’re running the whole thing bi-amped with 12 PowerMatch® PM8500N amplifiers, so we’re able to do high frequency shading on each module,” said Moon. Which means there is power to spare: “We’re 10 dB away from clipping, so we have tons of headroom.” Processing for the PA includes a Bose ControlSpace® ESP-00 II engineered sound processor configured with a single AES3 8-channel input card as well as one Dante™ card, one ESPlink 8-channel output card, two four-channel mic/line input cards, and two four-channel line output cards. This configuration provides a high level of flexibility for visiting engineers when they bring their own desks to the venue,” said Moon. “Bose ControlSpace software gives you the ability to really do whatever you want. They have limiters set to where they need to be, and we have a very modest EQ, along with the cardioid subs.

“ShowMatch is a very natural sounding box,” Moon shared. “For a loud rock venue you can put a lot of power in a very small footprint.” Compared to the previous PA at Crystal Palace, “Everybody said it was a huge improvement,” concludes Moon. “All of their guys were freaking out about how much better it is.” 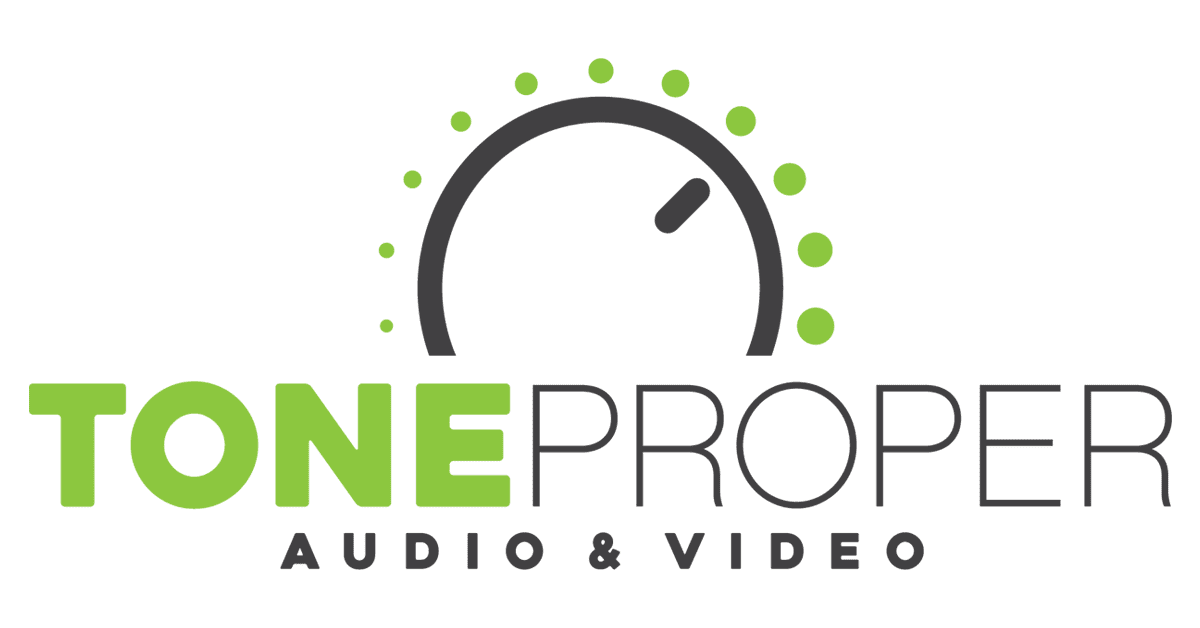