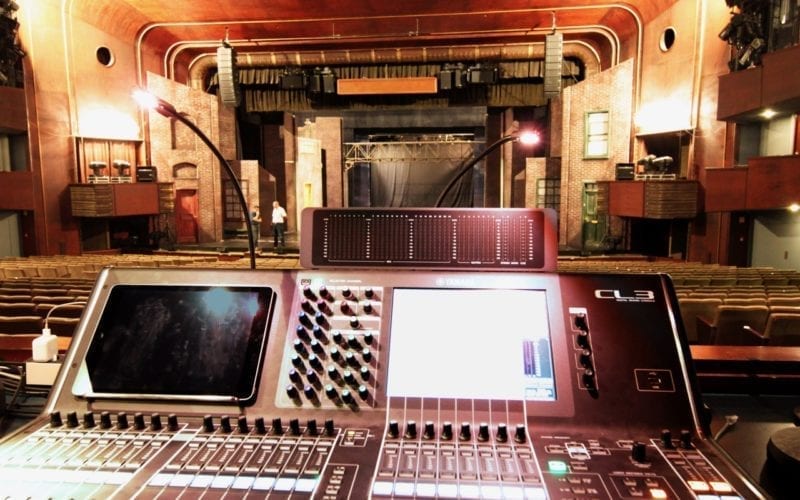 An historic Hungarian opera house has installed a Yamaha and Nexo system to suit a wider variety of performances.

The Erkel Theatre in Budapest has traditionally put on operas since it opened in 1911. With an audience capacity of 1,819, the decision to stage musicals and other live performances meant the auditorium required a  more modern audio solution.

Installed by Lisys-Project Kft, the Erkel now has the biggest Yamaha and Nexo system in Hungary.

Said Ferendc Monlar of Lisys-Project: “The CL series consoles are very user-friendly. Engineers really like the way that they operate, while the combination of Yamaha and Nexo delivers excellent sound and coverage. With the [Nexo] STM system, the SPL levels are much higher and the coverage is significantly better.”

Audio is mixed on Yamaha CL5 and CL3 digital consoles, with Rio3224-D and Rio1608-D i/o units. Routed to a Nexo STM series PA system, all components are driven by NXAMP powered controllers with Dante cards.

The first production to use the new system at the Erkel was Billy Elliot the Musical, which saw both CL consoles and one of the R-series i/o units located in the control room, with more R-series units in the orchestra pit and amp rooms. During another concert, the CLs were in their traditional FOH and monitor positions, with the R-series units on stage.

“The technical team is very happy,” added Ferenc. “From being principally an opera house, the theatre can now host a range of productions which will appeal to a much wider audience.”