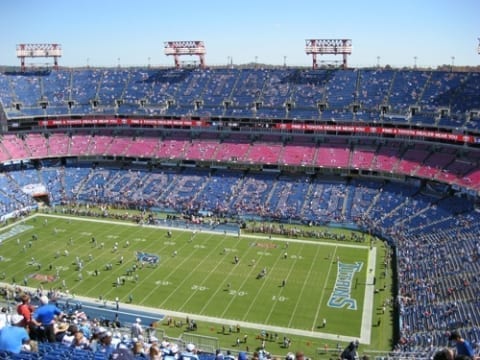 The audio design included plans for 12 audio equipment rooms around the venue housing digital signal processing and amplification.  The equipment rooms today receive audio from multiple origination points, including a live performance stage, before networking audio to many loudspeaker zones.  Early plans called for fiber connections to support digital audio transmission to and from the equipment rooms, but minor budgetary concerns triggered a strategy change.

“The original design called for standard MADI products to move digital audio around the building over fiber, instead of using an Ethernet transport protocol,” said Mark Graham, associate for WJHW.  “Our chief concern was that the networking technology under consideration was slowly becoming obsolete.  Then, budget challenges had us revisit the idea of incorporating digital audio transport into the DSP solution, instead of using a standalone system.  That’s when we took a closer look at Dante.”

The revised plans soon added Dante networking to the mix, incorporated within a Yamaha M7CL-32 digital mixing console using the Dante-MY16-AUD card and Peavey MediaMatrix NION digital signal processors.  This simplifies distribution from the live stage to the mixing room before fanning out to the audio equipment rooms.

The Dante network was first established to process audio “at the edge of the network” for each loudspeaker zone, with NIONs in the equipment rooms receiving, processing and distributing audio.  However, Dante proved especially useful for the audio equipment room under the stage, where live sound mixing takes place.

Initially, Graham and his team ran a few analog lines from the stage to the equipment room below.  The team soon added a Dante-MY16-AUD card to the main stadium Yamaha console, enabling a shift to an IP audio transport.

“We took an AES output from the stage console into a NION, and used the Dante capability that was already there to send the streams back to the control room and out to the rest of the system,” said Graham.  “It was easy to accommodate the expansion since Dante was installed across so many areas of the venue.  It was all about making the right connections and opening new distribution paths.”

Graham is especially impressed with the flexibility and evolution of Dante as a reliable transport solution – a benefit that he views as timely given the AV and IT convergence happening across the industry.

AV systems are more networked today, which partially shifts the integrator’s focus to accommodating video, audio and control data on the network,” said Graham.  “The advances in the number of products, manufacturers and licensees that Dante supports makes our job easier.”