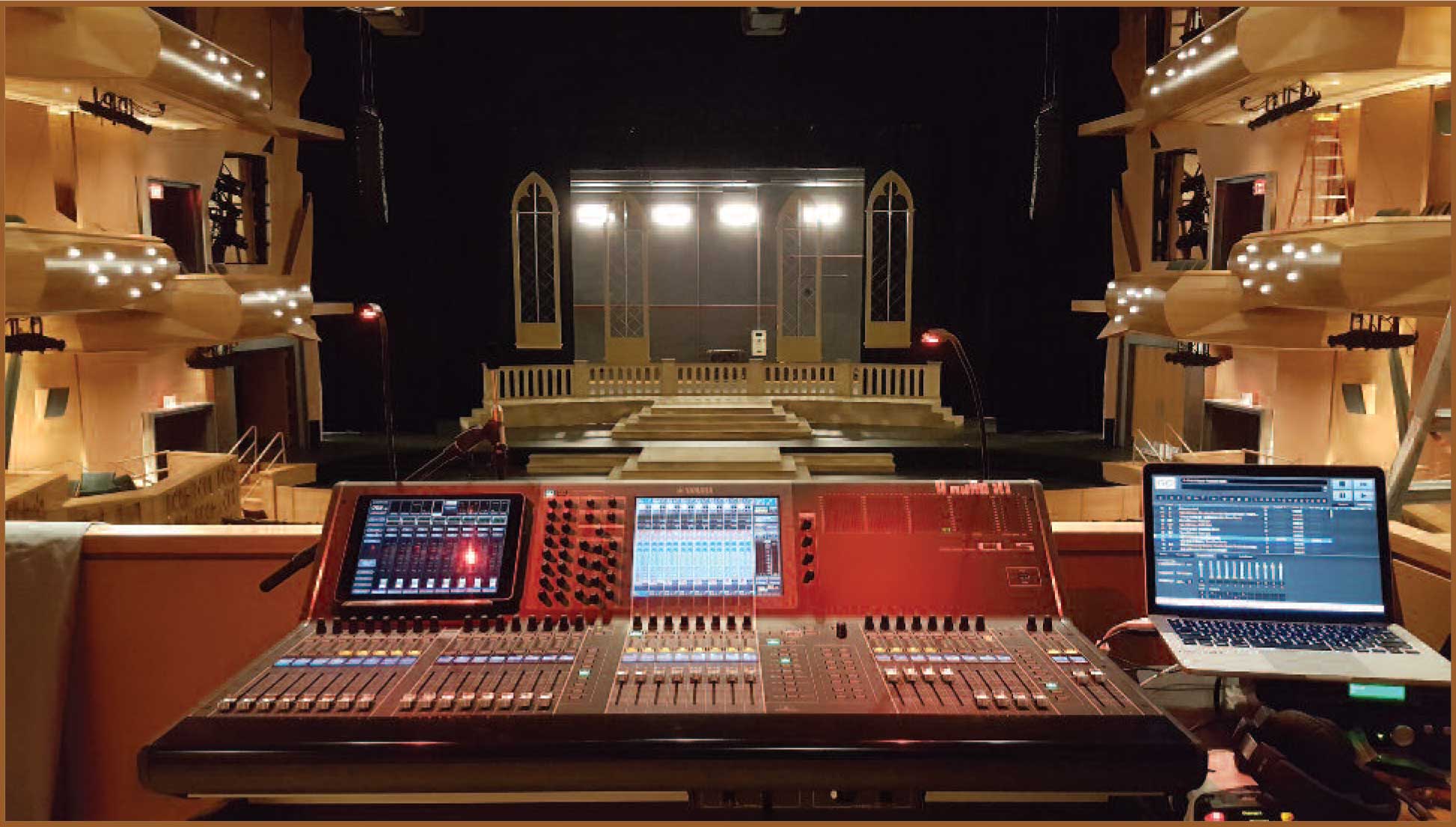 Designed by architects Pfeiffer Partners in collaboration with Theatre Projects, including acoustics by Dr. Yasuhisa Toyota, of Nagata Acoustics, and AV consultant Sonitus, Musco Center houses the multi-purpose Julianne Argyros Orchestra Hall, which features 1,044 seats on three levels. The auditorium is designed for large-scale opera and theatre productions, touring dance companies, symphonies, chamber performances, jazz concerts, popular music, and more. A flexible design allows the hall to function with an orchestra in the pit and singers on stage, while a large, removable acoustical shell has been designed for an alternative configuration.

The Marybelle and Sebastian P. Musco Center for the Arts opened on 88,000 sq. ft. of Chapman University campus in California. The new venue both stakes out a highly visible arts identity within the local community and provides students with a venue to help foster their learning in the arts, while meeting the needs of Chapman University’s award-winning music conservatory and music and theatre departments.

Theatre Projects provided programming, concept design, theatre planning, and performance equipment design/specification for the Musco Center. “We worked with the design team to create an intimate auditorium with a mezzanine, side boxes, and two levels of balconies that step down toward the stage,” Michael Ferguson, project manager and performance lighting system designer for Theatre Projects explains. “The seating in Julianne Argyros Orchestra Hall wraps the audience around the stage and draws them closer to the performers, for memorable and impactful performances."

Audio systems for Julianne Argyros Orchestra Hall were specified by Sonitus and supplied by Sound Image Integration, based in Escondido, California. The sound system utilizes Meyer Sound components, driven by Yamaha consoles for front-of-house and stage monitoring. Michael Martin served as Sound Image’s senior project manager, working with Jason Schmidlapp, the original sales engineer who bid the project. “The Musco Center was an interesting installation with many challenges,” Martin recalls, “mostly due to the sheer raw size of the main theatre space, which is impressive in both its size and design.”

A Yamaha CL5 digital console, with an MB200 meter bridge and three Dante-MY16-AUD cards, was specified for the front of house and a CL3 digital console for stage monitors or video mixing, plus a Yamaha DM2000 digital console for recording duties, with three RIO-3242-D Audinate Dante-format I/O interfaces. Two Yamaha PW800 redundant power supplies were also supplied. “Dante networking played a big part in the install, and it interfaced to the campus IT network to enable streaming of musical performances,” the senior project manager says. A Yamaha 01V96 digital recording console is also available, as necessary. “The Yamaha CL Series is reliable, affordable, and great-sounding,” Vogler adds. “These consoles are easy to use and commonplace in audio production.”

“The Musco Center project was very challenging,” Lucas recalls, “basically due to the 18-month time frame we had to install the system and then get everything up and running. Construction of the building was around six months behind schedule, so basically we had to stop production on all systems—other than the audio portion—in an effort to ensure vital production systems were ready for the first performances. Thankfully, we were able to rely on the Dante audio network to quickly overcome the struggle. We had three RIO interfaces and a few Cisco [Ethernet] switches for primary and secondary Dante networking in the control room tying the system together.” “Use of the Dante network was a vital part in pulling off this rushed performance,” confirms Lucas. “The RIO racks feed two Meyer Galileo 616 units for the main LCR system, front fills, delays, and three levels of theatrical surrounds. In addition, a pair of BSS Soundweb London BLU-160 network processors control distributed audio thorough the building. We weren’t able to fully power on the main PA system until a couple of days before the first performance, which left no time for error. With the help of Fred Vogler we were able to get the system up and running utilizing the three levels of theatrical surrounds to assist in any gaps in sound coverage. The grand opening, featuring Plácido Domingo, went over beautifully. The house engineer Seiyua Tang, with Fred’s assistance, mixed the main house system on the Yamaha CL5 console, while I had the pleasure of mixing the feeds for an off-campus broadcast, as well as distributed audio and assisted listening. It was a wonderful feeling to pull off such an event.”

A Hall of Many Parts