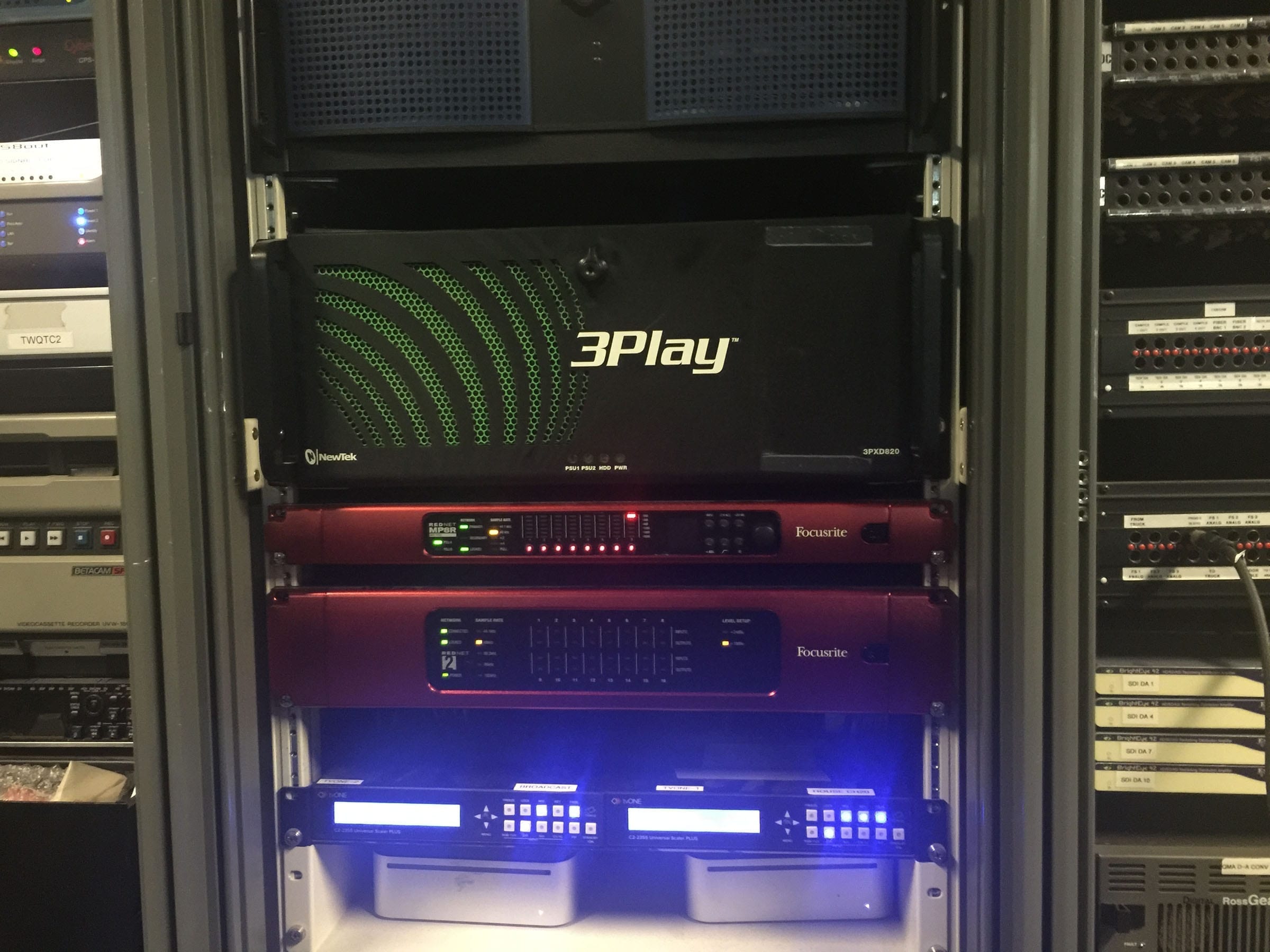 Like many modern sports and entertainment venues built in the last 25 years, the Spokane Veterans Memorial Arena in Spokane, Washington, was designed as a multi-purpose facility. In addition to serving as the home to the Spokane Chiefs of the Western Hockey League and starting this year the home of the Spokane Empire of the Indoor Football League, it’s also been the site of numerous top-tier concerts, in which case seating is expanded to over 12,000. A venue that needs to cover that many bases was having a difficult time with the aging audio networking system it had in place, but that audio system has now been transformed with the installation of RedNet components from Focusrite (booth C10516). The arena’s audio tech team, including Tech Specialists Monte Koch and Mike Sackville-West, were early adopters of networked audio, and the move to a Dante™-enabled system, including Focusrite RedNet components, was a natural fit.

AV systems integrator Second Wind Productions sold and integrated five RedNet 1 eight channel A-D/D-A interfaces, one RedNet 2 16-channel A-D/D-A interface, seven RedNet MP8R 8-channel remote-controlled mic pre’s, and one RedNet D64R MADI Bridge into a complete and coherent digital audio networking ecosystem. The RedNet 1 and RedNet 2 units act as I/Os for all rack-mounted audio systems in the arena, including audio from the instant replay and video-clip playback systems in the AV control room. These feed the large video displays in the venue. The RedNet MP8R is the gateway to the facility’s Dante™ audio-over-IP network; the RedNet D64R provides the link between a Dante Ethernet-based audio system and any MADI / AES10 setup, such as the Meyer Sound Galileo DSP used for the PA system.

Robert Duven, Owner of Second Wind Productions, says that the RedNet components were the best choice for a facility that pursues technical excellence. “Focusrite’s RedNet product line was a great choice for this project because it met several key criteria,” he explains. “First, it offered Dante-enabled endpoints with exceptional audio quality. Next was the availability of excellent engineering and tech support, both in the design phase and long-term for the client. And finally, it was equipment that would adapt easily as direct replacements for existing input/output devices.” He continues, “Spokane Arena’s audio team of Monte and Mike have always embraced the philosophy of updating and upgrading the facility. By employing proven new technologies, and as early users of networked audio systems, they realized the advantages of migrating to the Dante standard.”

The Arena had had experience with networked audio before, but in some respects it had fallen short of expectations. “The previous audio networking system worked, but to get customer service for problem resolution we had to call France,” explains Monte Koch. He contrasts that with the RedNet experience, noting that the system was assembled and up and running in less than a day, with customer service that is always just a quick phone call away, no matter the time zone.

“And RedNet was our path to a Dante network,” says his colleague, Mike Sackville-West. “We’re a 12,000-seat arena, and it was time to make that jump to Dante. Now, we can put a standard network switch anywhere and we’re ready to go.”

Sackville-West likes the fact that he and Koch — both grounded in audio — were able to move onto a network so easily and get audio from anywhere they need to on the network on the arena’s dedicated audio VLAN. “We have RedNet to thank for that,” he says. And for a new level of reliability, with Ethernet and power supply redundancy through RedNet. “This was really a leap into the future,” says Sackville-West. “And that’s where RedNet is going to keep taking us.”