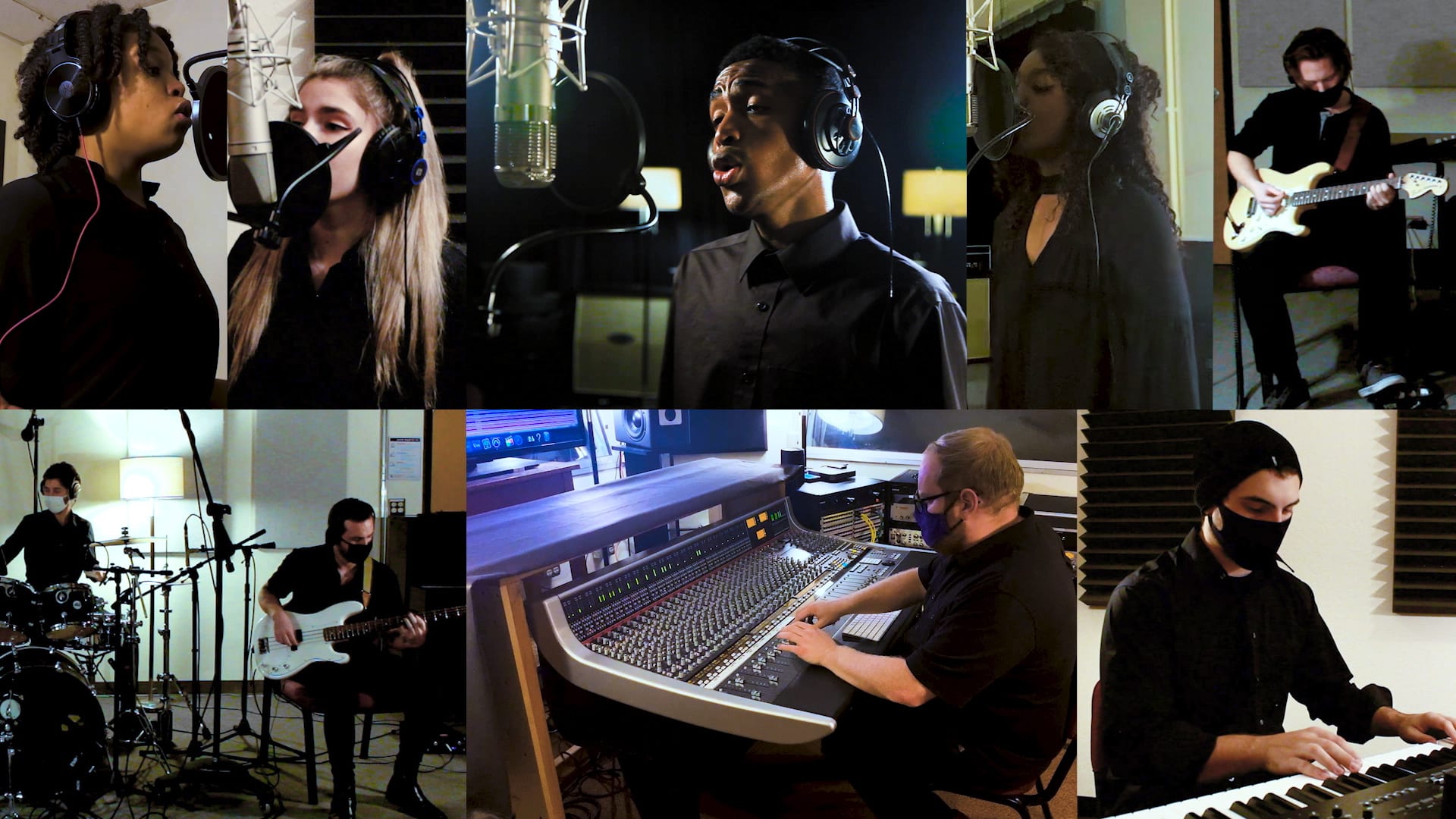 Stephen F. Austin State University in Nacogdoches, Texas has utilized Audinate’s Dante in its music and sound recording technology programs since 2018. In that time, Dante has not only become part of the curriculum, but has also enabled many of the university’s major live productions – including its impressive jazz performances.

But in 2020, Dante took on an additional role for the music department: an enabler of safe social distancing.

“When we looked at returning to classes in the Fall of 2020, we had to figure out how to hold music practice with safety considerations related to COVID,” said James F. Adams, Assistant Professor of Music and Director of Sound Recording Technology at the university. “We knew we needed to separate students into individual rooms because of the nature of many of the instruments. And, not surprisingly, it was Dante that came to the rescue.”

That near-zero latency is crucial in live performance. At SFA, keeping the latency under 7 milliseconds roundtrip across networked rooms allows students to perform in an isolated space – all while still hearing others in nearly real-time.

“To still have live music classes we had to ensure there was both minimal latency and that we could host students with as little risk as possible,” Adams said. “That meant vocalists needed their own room. Woodwind and brass players needed their own space. But with Dante behind all of our signals in and out of these locations we were seeing a sub-5 millisecond roundtrip delay in delivery from one room to another. For most that delay will be imperceptible. And so far, it has worked excellently.”

Adams said the music department had already planned a move into a temporary space at the start of the 2020 Fall semester. This was due to the planned construction of a new music facility. The temporary space for the music department – once used as a facility for broadcast coursework – came with the need for updated infrastructure. While not a perfect setup for music, it did mean Adams and his team could plan for social distancing from day one of the retrofit.

“It actually worked out well in that we had multiple classrooms that were being unused,” Adams said. “We could make each of them an individual performing space and utilize Dante throughout.”

Six rooms are currently networked for live performance. Three of those spaces can welcome multiple performers who are not utilizing “wind power” for music. The other three are for single occupants. All rooms have HEPA filters and are meticulously cleaned after each use.

Focusrite RedNet X2P audio interfaces, which offer 2x2 Dante connectivity, are used in all rooms for both input and output. Microphones picking up the music being made in each room use the X2P to convert the signal to Dante. The Dante signal coming back into the room – typically the mix from the main control room – utilizes the outputs on the X2P devices, with students tapping in with headphones. Dante-native Focusrite RedNet AM2 devices, which offer stereo analog output for Dante networks, are also used for headphone output in rooms where multiple students are allowed.

“From the control room we mix the signal for distribution to students across the network,” Adams said. “We have connected everyone from singers, guitarists, trumpets, clarinets, drummers, you name it. It sounds great for every use we’ve needed.”

Adams said two additional performance rooms will be wired for Dante at the start of 2021. And, he adds, once the new music facility is complete it will be completely connected by a Dante network. Dante, he says, becomes a more obvious solution every day it is in use at SFA.

“We learned a lot this semester about how flexible and scalable Dante really is,” Adams said. “People can still achieve a lot of great things if they can’t see each other. If they can hear one another, and there is minimal delay, then that is definitely enough. We’re at such a negligible delay right now that we can perform small concerts together. It’s very exciting.”

Adams said as it stands in the Fall of 2020, his department is utilizing a total of 250 Dante signals. But, he says, he expects that count to go up as the university begins to consider the use of audio-over-IP networking outside of the music department.

“The IT department is looking to us as a model for AV right now,” Adams said. “I’m getting asked daily about how we successfully solved our social distancing challenges. There are a lot of ideas about what our system will look like long term, but it is obvious Dante is going to expand throughout campus. This is a solution that isn’t just short-term. It’s a long-term answer.”

For more information on how Dante is enabling higher education, visit audinate.com/edu