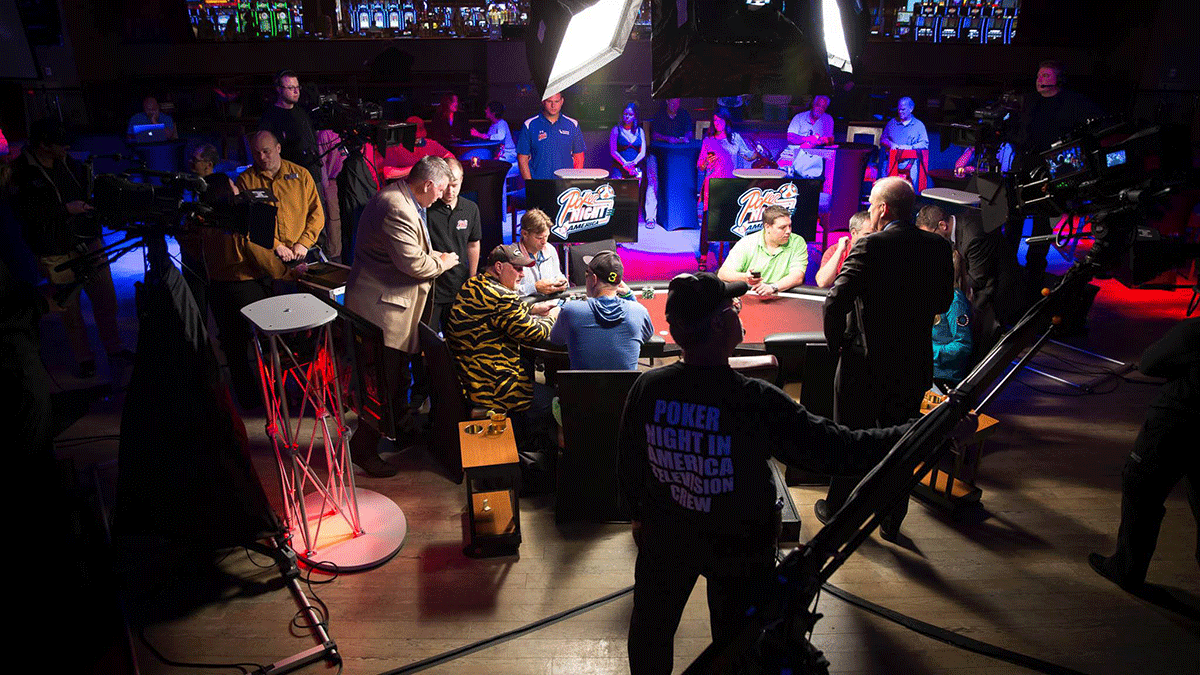 Cinequipt, a Minneapolis-based systems design and integration firm, built the flypacks for Rush Street Productions. The Dante-enabled equipment includes three Sound Devices PIX-260i recorders to capture all of the audio tracks and video, and a Lectrosonics ASPEN SPN2412 digital signal processor (DSP) to ingest analog signals into the Dante network. Once ingested, the board operator creates mixes for the local PA system and a live web stream, with a fully redundant Dante network to maximize reliability and availability across main and backup paths.

The transition to a high-capacity, low-latency Dante digital media networking system has simplified setup for multi-camera shoots, taking as little as 30 minutes. This efficiency is a big boost, given Rush Street Productions' hectic shooting and post-production schedules as they shoot a new episode every week at locations across the United States.

For Matt McGregor, a producer at Rush Street Productions, another significant benefit of the Dante system is the increase in channel counts, which has quadrupled channel capacity for the company. “Previously, we were limited to eight tracks,” said McGregor. “Dante gives us the capacity to record 32 separate tracks.  Our goal has always been expandability, and now we have it. Additionally, we can easily separate each microphone onto a different track during the editing process using Dante.”

The typical show features nine poker players at the table, each equipped with a wireless lavaliere microphone.  There is also a backup shotgun mic hung above the table, as well as the floor director’s mic. The extra channel capacity enabled through Dante enhances the live recording quality today, and gives the team the opportunity to work in more audio feeds—both live and canned—in the future.

According to Bryan Heiber, project manager and design engineer for Cinequipt, Dante has simplified the wiring between the main audio rack and the video production rack where the recorders are located. A single lightweight, low-cost Cat6 cable supports all audio networking, eliminating the need to carry heavy, multichannel analog interface cable from city to city.

“We've clearly saved costs through an efficient use of rack space, integration time for Cinequipt, and set-up and tear-down time for Rush Street Productions,” said Heiber. "Even though this was our first experience with Dante networking, it was incredibly user-friendly and made our job much easier.”