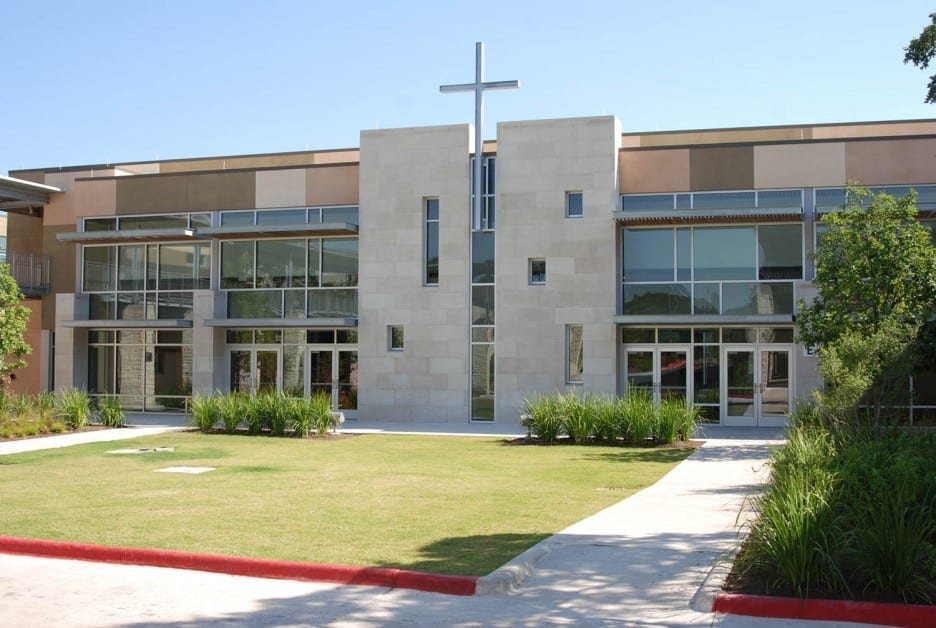 Trinity Episcopal School began as the dream of Austin educator Jane Hill and a small group of parents, who were looking for an Episcopal academic program in a diverse and nurturing environment. The school's exponential growth since 1999 has spurred a succession of construction projects. One of the most recent projects was a new 750-seat multipurpose chapel, and designing a state-of-the-art audio/visual system for it became a challenging project in itself.

Trinity Episcopal School which opened in the fall of 1999 began as the dream of longtime Austin educator Jane Hill and a small group of parents.  They were looking for a rigorous and innovative Episcopal academic program offered in a diverse and highly nurturing environment. The school grew from a private school to a K-8 institution of 450 students. Its exponential increase has spurred a succession of construction projects, the latest of which is a 750-seat multipurpose chapel for religious services, student performances, and community events.

In order to accommodate the school’s rapid growth, it was necessary to design a state-of-the-art audio/visual system for its new multipurpose chapel.  To maximize the new chapel’s flexibility without compromising its functionality, the school opted to build two stages, one along the width of the room and one along its length. The first “portrait orientation” would be used for performances, whereas the second “landscape orientation” would be used for services.

The entire sound reinforcement for the chapel is centered on an Allen & Heath iLive console paired with Symetrix SymNet Edge DSP. The two units are networked together using the next-generation Dante, which supports a huge channel count of lossless audio with imperceptible latency.

Except for the audio from video sources, all other audio makes its way into the system via the Allen & Heath iLive mixing system, which is outfitted with a Dante iLive card, via Dante, the SymNet Edge receives the mix output from the iLive as well as several of the unmixed, pre-fader inputs for use in simple auto-mixing applications. The I/O count of the SymNet Edge is modular, and Trinity’s contains one four-channel analog input card and three four-channel analog output cards.

The SymNet Edge takes its analog inputs from the video system (which are then used within Edge and sent to the iLive via the Dante bus) and sends its analog outputs to the amplifiers. It performs all of the routing necessary to flip between the two orientations, as well as processing for feedback suppression, auto-mixing, room tuning, loudspeaker conditioning, and other miscellaneous necessities.