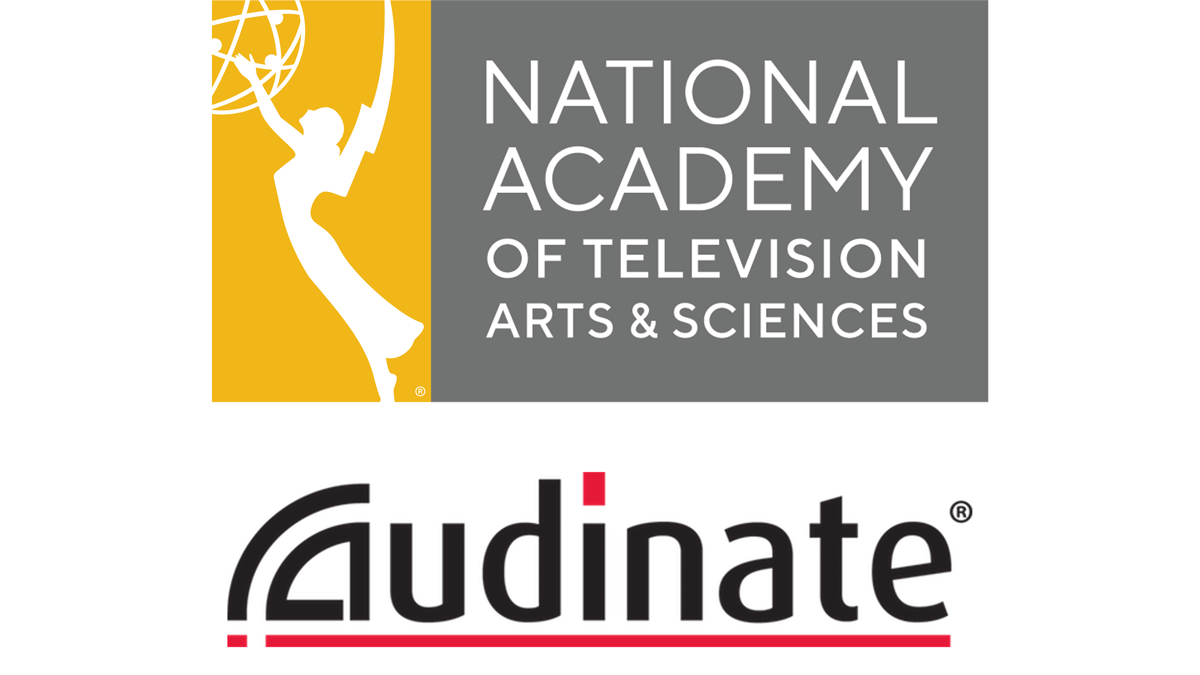 SYDNEY, NSW, MARCH 10, 2020 – Audinate, the developer of the industry-leading audio visual networking technology Dante, has won a Technology & Engineering Emmy® Award for its contributions in enabling the production industry’s transition of analog audio and video onto the network.

Used in thousands of products from hundreds of manufacturers, Audinate’s Dante is the de facto standard for modern AV connectivity. Dante has revolutionized the AV industry by replacing legacy audio and video connections with easy-to-use, ultra-high-performance computer networking.

Dante’s ability to handle hundreds of uncompressed audio channels over a single network cable is why the protocol has become so popular in media production. Television is evolving with demand for additional audio as viewers seek an immersive experience. Producing a reality TV show might require dozens and dozens of microphones to capture all of the action going on simultaneously. Likewise, live sporting events are incorporating more audio as players and coaches are now employing live microphone feeds.

Managing all of that audio would be cumbersome at best with traditional solutions – but it is seamlessly managed with Dante.

Dante is used in high-profile television productions, including this year’s Super Bowl LIV halftime show and the 2020 Grammy awards. It is used extensively in stadiums, performance halls, concert tours and commercial buildings worldwide.

The National Academy of Television Arts & Sciences recognized the company’s work with an Emmy® Award for the “Development of Synchronized multi-channel uncompressed audio transport over IP Networks.”

“The title of the award speaks directly to the core of Audinate’s innovation and engineering goals from the founding of the company in 2003 and on to today,” said Aidan Williams, co-founder and CEO of Audinate. “We remain focused on improving the way the world sounds in every application where audio matters. From the local performance space to the voice conferencing solution you use for work, there is a good chance Audinate touches your life to provide better audio. Our work in the broadcast and television space is critical: we want all audio to be more effectively utilized by the people who have a message to share. It’s an exciting time and we greatly appreciate the National Academy of Television Arts & Sciences recognizing the importance of our work.”