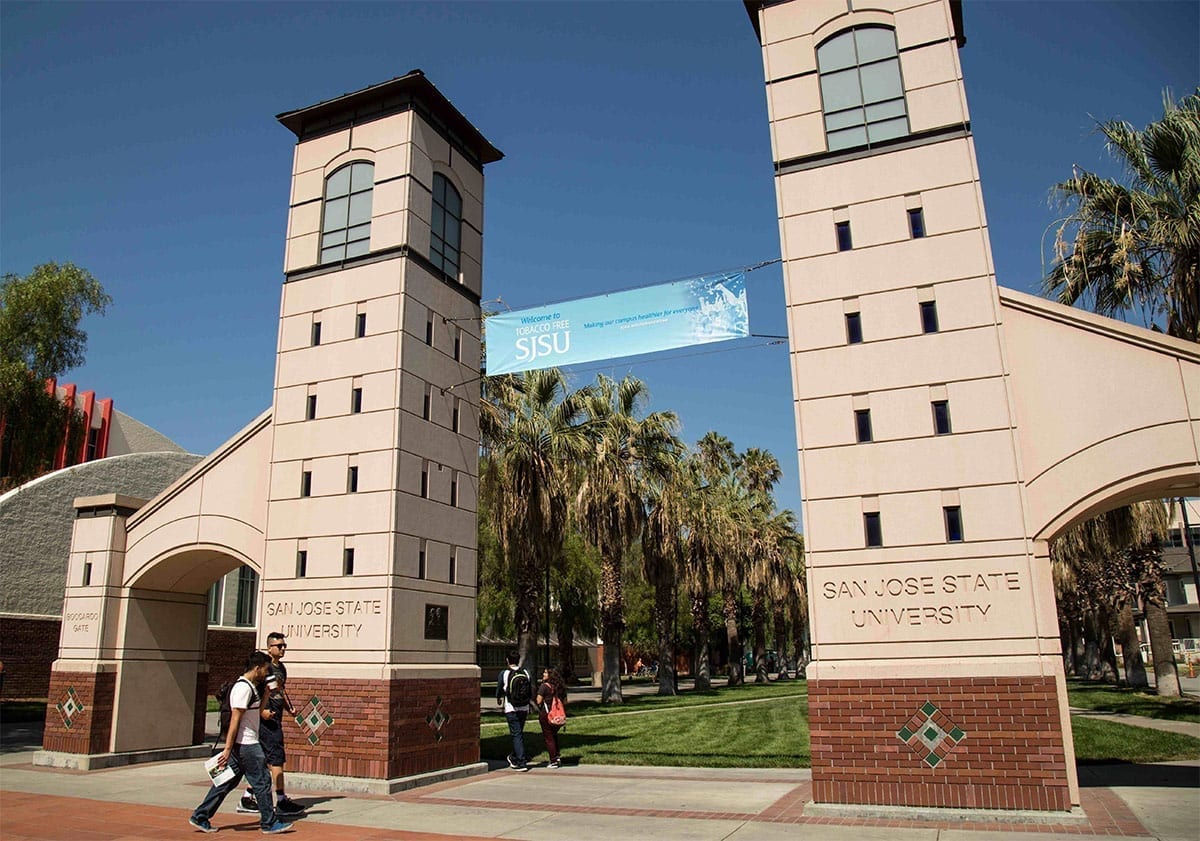 The SJSU/TRFT team has also deployed a Dante audio-over-IP network that connects several of its campus facilities, including an educational TV Studio, the 350-seat University Theater, and the 150-seat Hal Todd Studio Theater. This video production infrastructure provides hands-on training and experience to students preparing for careers in television, radio, film and multimedia.

The Dante audio network was part of a multimillion dollar renovation of SJSU’s campus facilities that included HDTV cameras, a 900-square foot studio with a green screen, an LED lighting grid in the TV studio, and an adjacent control room equipped with professional graphics. The seamless interoperability between all Dante audio products has greatly enhanced how the TRFT staff and Hammer Theatre Center route and manage audio for live theater productions, as well as curriculum-based and online video projects in the TV studio.

“Based on my research, I knew immediately that this would be the ideal digital audio networking solution for us,” said Anthony Sutton, Master Electrician and Sound Tech for TRFT, a department within the SJSU College of the Humanities and the Arts.

“With Dante, audio set-up is remarkably easy. Rather than having to plug hundreds of cables into a conventional patch bay and then pull them all out to make changes, the Dante audio network can be quickly and conveniently set-up and modified using software,” Sutton added. “We also expanded to 64 audio channels per device without any physical effort. And, the ability to save and restore Dante audio settings and signal paths makes it incredibly easy to reconfigure audio routes between large projects.”

Jim LeFever, Director of Technology and Facilities for SJSU’s College of the Humanities and Arts, adds that Dante’s many timesaving features “have made our lives much easier, both from an installation and operations perspective.” One example he cites is the ease in which they could integrate the Hammer Theatre Center with their campus-based Dante audio network.

“We were pleasantly surprised to discover how quick and simple it is to connect and control Dante-enabled devices on the network,” said LeFever. “Therefore, it was an easy decision to make the off-campus Hammer Theatre location a part of our Dante network.”

Audio from the Hammer Theatre Center, as well as the University Theater and Hal Todd Studio on campus, is mixed using a Yamaha QL live digital audio mixer and recorded onto a Sound Devices Pix 270I recorder that can record up to 64 channels of high-quality audio. Using the Dante network, live audio of theatrical performances, including ballet, concerts and plays, can be distributed to mixers and speakers, and recorded onto multitrack recorders using the Dante Virtual Soundcard.

Other Dante-enabled components on the network include the Yamaha R-Series I/O “RIO Rack” stage box, several Harman BSS Blu-806 digital signal processors, and Rane HAL paging multiprocessors with touchscreen controls. The Rane system has simplified live paging by moving away from a legacy system with analog control cards, panels and push-buttons. Sutton calls the Rane system, which is often found in clubs and restaurants, an “ideal large house paging system.” The design, which includes an Ethernet expansion bus with a built-in Dante audio converter, simplifies the programming of various paging scenarios from multiple paging stations.

“From an efficiency point of view, we now have all these different devices that we can access and control just by opening up our Dante Controller software. This is how we patch audio between Dante-enabled devices,” said Sutton, “and we only need to run two Cat-6 Ethernet cables instead of 64 strands of analog wire between devices, which saves considerable time and labor. That greatly boosts our operational efficiency.”

In configuring the Dante network, the department added two off-the-shelf Cisco SG300 switches for the Dante networks, as well as a third switch for the control subnet on the SJSU domain. This keeps the Dante and SJSU control networks separate. In the event that a guest performer brings in an analog console or other system that cannot be used on the Dante network, SJSU/TRFT engineers have the option to run analog or Dante inputs to the amplifier racks based on the project’s unique needs.

“We have this useful analog infrastructure that we intend to keep for some time. But we will soon run additional Cat-6 wiring to extend the IP network into new areas of our facilities. This will ensure that we can plug in additional Dante devices in new locations, including on stage,” Sutton said. “We prefer to use the Dante network whenever possible, and we have big plans for its future, including the installation of a Dante-enabled d&b audiotechnik amplifier and PA system.

“With Dante,” Sutton added, “We have removed all the noise and latency that typically occurs when audio moves between networked devices, resulting in cleaner, high-quality sound. Given these and other operational benefits, we are absolutely standardizing on Dante from now on.”