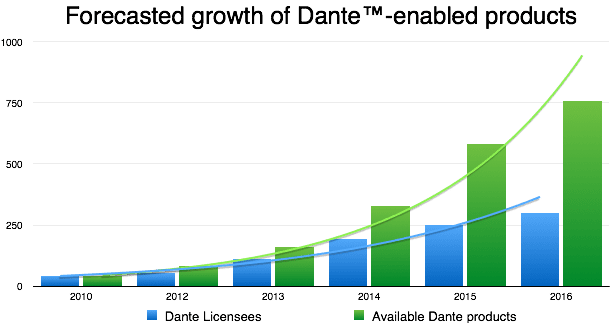 RH Consulting has released a new whitepaper examining the current state of the audio networking market and trends among the various audio networking solutions.  It takes a detailed look at the number of audio networking products presently available, the growth rate for various protocols, and the market forces affecting their adoption.

Portland, OR – February 17, 2015 – RH Consulting has released a new whitepaper examining the current state of the audio networking market and trends among the various audio networking solutions.  The independent report, titled “The Death of Analogue and The Rise of Audio Networking,” was commissioned by Audinate and takes a detailed look at the number of audio networking products presently available, the growth rate for various protocols, and the market forces affecting their adoption.

“This whitepaper is the most comprehensive analysis of the audio networking market to date,” states Roland Hemming, principal audio consultant for RH Consulting. “Rather than just focus on technical differences, our goal was to provide a deep dive from the overall market perspective.  We analyzed the products that are really shipping and the factors that are driving the growth, or lack thereof, of the various protocols.”

Key takeaways from the whitepaper include:

In addition to looking at the total available networked products on the market, RH Consulting examined the factors contributing to the rapid growth of Dante and where audio networking sits on the technology adoption curve.

“Audio networking is following the same pattern as most new technology,” adds Hemming.  “The success of Dante is consistent with easy-to-use, end-to-end solutions driving the market when technology is in the early growth phase.” He continues, “Overtime networking has become less about specifying a protocol and more about specifying products that work together.”

The report indicates that the uptake of Dante and audio networking in general is an indication that the market is undergoing a dramatic shift.  “History has shown us that when a digital technology comes within 20% of the price of its analogue equivalent, the latter dies,” according to Hemming.  “While audio networking is not to that point yet, the rapid growth we are seeing now would indicate that analogue’s days are numbered.”

About Roland Hemming
Roland Hemming is a principal audio consultant at RH Consulting, an independent audio consultancy offering system design, compliance, product development and project management services.  In his 28-year career he has managed the two largest audio projects in Europe. He has presented papers to the Audio Engineering Society and has been an advisor to InfoComm. He is a regular speaker at industry conferences, a judge for many industry awards and regular author of articles for industry magazines.  Roland is a member the AES and ISCE and he sits on the British and European committees for voice alarm systems including EN54 and the IET committee for Connected Systems Integration in Buildings. 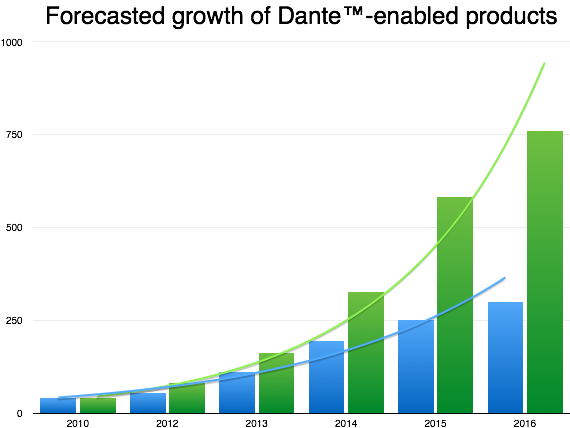