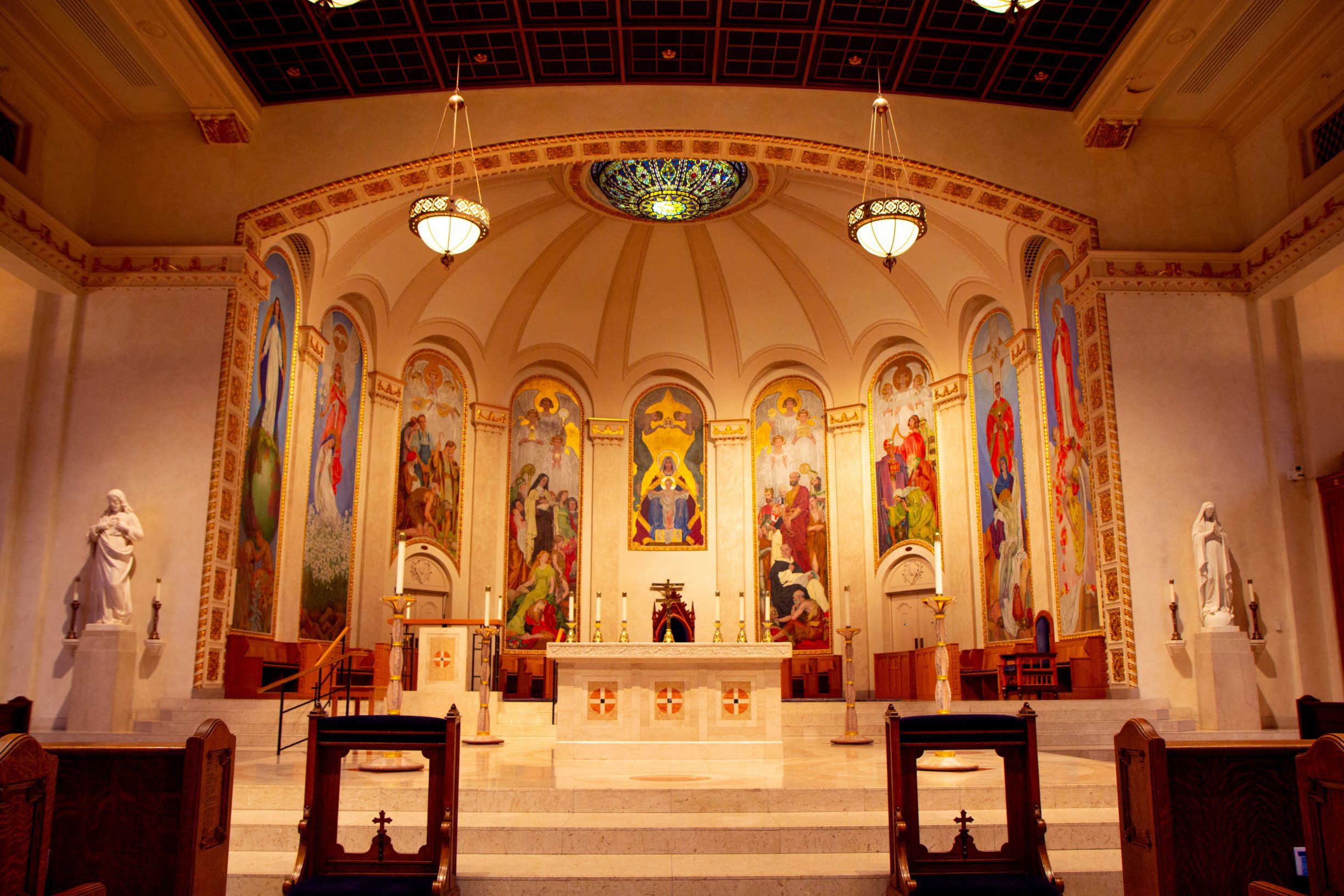 PORTLAND, Ore., Sept. 21, 2021 – St. Mary’s Cathedral of the Immaculate Conception in Portland, Oregon has served as the center of the Archdiocese of Portland since the site’s dedication in 1926. For nearly a century, the intricately designed and stately cathedral has been the host of important ceremonies for the 400,000 Catholics living in the greater Portland metropolitan area.

The cathedral has many ornate elements designed in the Romanesque style with a few Byzantine elements mixed in. These include remarkable stained-glass windows. an apse dome, and an expansive ceiling rising three stories high. Many original and historic components of the church remain intact – and the artistry in the design work is critical to preserve during any renovation.

These fantastic architectural flourishes, coupled with the expansive size of the main worship hall, resulted in a cacophonous space where achieving intelligibility of the spoken word had long proved challenging. So, while the cathedral knew it needed an upgrade to its audio system, it was also paramount to keep cable runs to a minimum to preserve the historic architecture of the space. To achieve this, the cathedral relied on Audinate’s Dante.

Dante is the de-facto standard for digital audio networking, and distributes hundreds of uncompressed, multi-channel digital audio channels via standard Ethernet networks, with near-zero latency and perfect synchronization. Dante allows audio, control, and all other data to coexist effectively on the same network.

Dante also allows for cabling to be run through spaces with minimal impact on architectural, artistic, and historical elements.

“One of the main things that Dante does for us is it allows us to simplify the wiring,” said Devin Sheets, Lead Design and Installation Technician at Alpha Sound – the firm that designed and integrated the new audio system in the cathedral. “Dante allows the installation to go smoother because this is a space where the cabling is not standard. It’s not like a new build where you have the flexibility to install during construction. It’s not like a building where the wiring was done to industry standards and based on modern equipment.”

Sheets continued: “In this space we have to keep it simple, and the rule is if you can get a Cat 5 cable there, you’re good. You plug it in, and you have full access to the entire architecture.”

The Alpha Sound team was able to access panels behind the ceiling and within the walls behind the choir organ to integrate 1 gig network infrastructure for a Dante network. From there, the team installed a robust workflow of Dante-capable endpoints. Those include:

Alpha Sound’s founder, Duane Sheets, added that using Dante in a house of worship also brings a level of elegance in terms of control and management for on-site staff. For example, teaching Dante Controller software – which allows for point and click management of the system – takes only an hour of training.

“That’s been our experience,” he said. “We are able to train people on site at the other churches we’ve worked with in a fairly minimal amount of time to feel comfortable working on the Dante system.”

Devin Sheets said the church saw the difference in the system immediately.

“When we first used the system from the first Sunday…the thing that we heard people saying, which is actually quite common on jobs that we do in this regard, is that for the first time people could really understand what was being said,” he said.

The leadership of the church agrees, saying everything from the live sound to the streaming offerings now sound better. In fact, one of the leaders said he’s been surprised by the reviews he’s gotten now that he can be heard more clearly.

“We’ve got really a state-of-the-art system that everybody is really quite pleased with,” said Msgr. Gerard O’Connor, Rector at St. Mary’s Cathedral of the Immaculate Conception. “The funny thing is people say to me ‘oh you really sing well’ and I don’t. And I’m actually a very average singer. But when I do sing mass, it sounds really good, so I’m happy with it!”